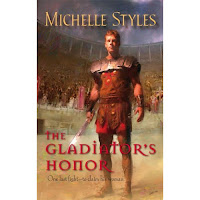 The ever so lovely India Grey asked and I have held off doing this until today as today is a special anniversary for me.


1. Where were you five years ago?

3. Name 5 snacks that you enjoy

4. Name 5 places in which you have lived

5. What 5 things would you do if you were a billionaire?

I think just about everyone else has done this one. If anyone wants to do it. Go ahead. And thanks to Kate Hardy for her tweaking of the topics!

Posted by Michelle Styles at 7:06 am

Happy anniversary, Michelle :o) I remember when you got the call - we'd got to know each other on eHarl (and you gave me the recipe for my 6th book, if you remember). And I was SO PLEASED at the news!¬

Congratulations on your 5 year anniversary, Michelle! There's nothing like that Call moment, is there?

Thanks both of you!

Kate H -- I do remember and you will probably have forgotten but it was your invite to go over to the then medical thread that kept me going after my first rejection...

Carol-- Yes there is nothing like it! For a long time I kept the champagne bottles.

Congrats, Michelle!! Loved hearing about your call. It's inspiring. :-)

I am puffing out my chest with critique partner-like pride! Happy 5 yr anniversary!

I loved what you said about being a billionaire and living modestly but well. I have no desire to have a big mansion and a squillion cars etc. But it would be nice for the dh to be able to retire, and to have money to travel.

I remember that day very well.

And I also love clam dip! I never get it here in the UK, though all the ingredients exist here so I could just make it, I suppose. But I'd have to eat the entire bowl myself!

Thanks for the congrats.

Julie -- you were a Very Important Part of that day. I remember the day of your call with great clarity.

Clam dip should be eaten either on days lile the 4 of July. Or better still while having a slob out evening in front of the tv, perferably clad in pjs and with various beauty treatments...
Make some clam dip today!

Two days late (I am always late!) but congrats on your 5 year anniversary of getting the Call... how time flies!