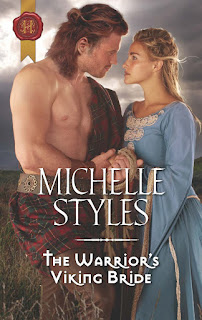 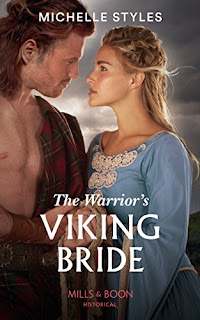 The Warrior's Viking Bride
A Viking maiden destined for the battlefield……in bed with her captor!As a female warrior, Dagmar Kolbeinndottar knows she’s not meant for marriage and a family. Until she’s kidnapped by Celtic warlord Aedan mac Connall, who has been tasked with returning Dagmar to her estranged father. Fighting her father’s orders to marry, Dagmar declares she will take no one but her abductor, expecting Aedan to refuse…but he’s intent on making her his bride!
Available for purchase from Amazon.com, Amazon.co.uk , Barnes and Noble, Harlequin, Mills and Boon, WH Smith, Tesco and where ever good romance novels are sold.