Thinking about casting a hero 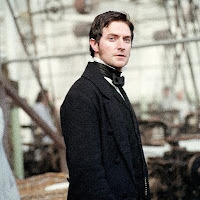 Right now, having pitched the idea to my editor and had the vague approval, in addition to writing my single title thriller thing, I am currently thinking about my next M&B H. It is going to be Robert Clare's story. Robert is the son of Simon Clare and the nephew of Diana Clare. He has a big role in both A Question of Impropriety and Impoverished Miss Convienent Wife. When my then editor first read QI last year, she kept going on about how she loved that little boy. Well, now I get to have him grown up. I am a bit over excited about this.

It is just as well that I have made a timeline and I have kept notes. I want this new wip to happen in (or at least start in Sorrento/theKingdom of the Two Sicilies). I had initially thought about using the making of the first railway in Italy, but when I went back and checked my notes, the timing would have made Robert slightly too old at 35. I want him around 30. Luckily another way of doing this (an even better way to my mind) came to me yesterday. It will make far more sense and will mean that I can have a very fiesty heroine as Robert is such a strong character. 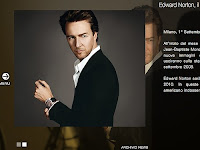 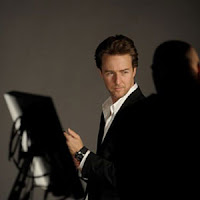 My other problem is that having used Richard Armitage as inspiration for Simon, Robert's father, I now need to find an actor who reminds me of him but is different. Cue the Sunday papers and I discovered Edward Norton who is the new face of Breil Watches.
Now all I have to do is to discover an actress who can inspire my heroine...
Posted by Michelle Styles at 9:15 am

Oh, nice pics of Edward Norton. I'm intrigued by the ring on his forefinger. Right click + save = win!

And Sorrento too! Nice :)

Norton seems a good match, I think. E-mail me your ideas for a heroine. I love casting. :-)

Great pics. I really love linked stories. Jessica Alba from fantastic four could suit him as the heroine inspiration.