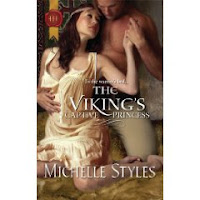 The Viking's Captive Princess is featured in the Fresh Fiction Candy's Inside Books column. Candy kindly included a little anecdote about iolite or the Viking's sun compass.

I am at Tote Bags today discussing climate change and writing. Basically some of the things HMB and I have done/are doing to help conserve the world's finite resources. I have been so impressed with the way HMB has used technology to become a paperless office as much as possible. The blog was inspired by a Tote Bags reader who sells solar panel chargers for things like ipods, mobile phones etc. I am a big fan of solar power as it does seem less intrusive than wind power and had not realised that these things exist. Anyway, it sounds intriguing.
And yes, we do get sun in Northumberland -- although not very much of it at this time of year.

Speaking of climate change, tomorrow 5 Dec is the BBC's Tree Oclock world record attempt at tree planting. You can get involved either by planting a tree or asking some organisation like The Woodland Trust to plant one for you.

And finally speaking of records, a friend of mine, Jeremy Green just set a new national record at the bare bow. Jem has been doing archery for 2 1/2 years and when I used to take him to school who wax lyrical about archery. Well done Jem!

Posted by Michelle Styles at 8:50 am

We bought Christmas lights for our front tree that are solar powered. I love them. Unfortunately, they are devilish hard to find and I got the last set. I keep looking though.

And hooray about Fresh Fiction!

One thing I love about the UK office as well is paperless SUBMISSIONS. Saves time, money, paper, and ink cartridges. :-)