Whisky and the Regency 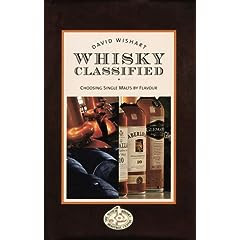 I have been reading a number of American written Regencies lately which mention the hero drinking whisky in England. Sometimes, it is even called scotch. It is very fingernails on a blackboard for me.

As far as I understand, whisky was not really acceptable until 1822 when George IV lifted the ban on wearing tartan and declared in Edinburgh that Glenlivet was his favourite whisky and directed that the drink be used as a toast at all Scottish ceremonial occasions. He was attending a dinner organised by Sir Walter Scott. Until that point Glenlivet was contraband as were all other Highland whiskies. The Lowlands were able to produce whisky for export to Scottish cities and England but not the Highlands. Also in 1822, is the the first reference to whisky being laid down in casks and matured ( Elizabeth Grant Diary of a Highland Lady). Prior to this time, whisky was drunk straight from the still and I suspect was pretty vile stuff. There are receipts for mixing the drink with honey or spices.

There were some lowland distilleries that were legal prior to 1822 but the Highland ones weren't. For example Tobermory was called Ledaig until it was licensed in 1823. The Tobermory label says since 1798, but the Tobermory name was not used until 1823 (see David Wishart Whisky Classified) Even today, Ledaig is far more heavily peated than the Tobermory and as such is probably more similar to the early whiskies.
I know when I tried the Macellan's range of whiskies based on the sorts of whisky available in the different decades of the 20th century, I was surprised at the range. During the 1930s/early 40s, the Macallan also went towards a heavy peat because the ingredients were difficult to obtain.
Personally, I do like heavily peated single malts like Talisker and so I think it interesting that this is more like the original.
The earliest lowlands distillery still in operation that I could discover was Bladnoch which was started in 1817.
And if you want to see what whisky distillation was truly like in the 19th century, you need to visit Edradour (established 1825 or at least legally established). It is a lovely whisky and the stills are the smallest allowed by the Excise regulations.

Most whisky is matured in sherry or port casks. Sherry did not become a popular drink in Britain until after the Peninsula War. Then its popularity boomed. But I won't bore with the differences between the Bristol sherries (which were the ones first popularised in Britain) and sherries produced in Spain.
In any case, the real growth in the popularity of whisky in England was during Queen Victoria's reign as everything Scottish became highly fashionable.

So what, could other alcoholic beverages were popular -- brandy, port, Madeira, rum, gin (there are more Regency slang words for gin than just about anything) and Tokay as well as wine.
I know it is a simple thing. I know it shouldn't bother me but it does.
Posted by Michelle Styles at 12:26 pm

Just as those authors who speak of whiskey (Irish) when they should speak of whisky (Scots). Though I wouldn't know when the distinction in spelling became something to be noticed. Do you know, Michelle?

The word whisky was corrupted from uisge beatha in the early eighteenth century. First to usky and then to whisky.
I am not sure when the differeniation came between Irish whiskey and Scottish whisky.
Equally I am not sure (as I have not done the research) IF the Irish whiskey production was started by the Scotch Irish.

If I remember correctly uisge beartha translate to water of life :-)

If you know something is blatantly incorrect, why shouldn't it bother you?