Giveaway for SOLD TO THE VIKING WARRIOR

Because Sold to the Viking Warrior is officially published in Feb 2017 and I've received my author copies, I am doing a giveaway with Goodreads (there will be other opportunities to win a copy as well).

Sold to the Viking Warrior

Giveaway ends January 29, 2017.
See the giveaway details at Goodreads.
Enter Giveaway
Posted by Michelle Styles at 11:03 am No comments:

Email ThisBlogThis!Share to TwitterShare to FacebookShare to Pinterest
Labels: giveaway, goodreads, sold to the viking warrior

Cover reveal for Sold to The Viking Warrior 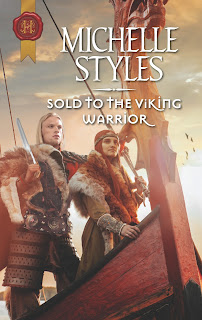 In her captor's bed!


Women are not part of Sigurd Sigmundson's existence, and Eilidith should purely be a means to an end to gain access to a well-guarded Viking stronghold. He would have to be made of iron, though, not to be stirred by the warmly sensual woman beneath her ice-cold shield.
Liddy has been made to feel ugly and insignificant because of her facial birthmark. Surely her captor couldn't physically desire her? But, oh, how the stifled, passionate Liddy yearns to experience unrestrained love in his arms…
I am not sure about the cover but I did like the story.
Posted by Michelle Styles at 11:01 am No comments:

Email ThisBlogThis!Share to TwitterShare to FacebookShare to Pinterest
Labels: cover art, sold to the viking warrior

My next Harlequin Historical/ Mills &Boon Historical will be published in February 2017.
The back cover copy reads:

In her captor's bed!
Women are not part of Sigurd Sigmundson's existence, and Eilidith should purely be a means to an end to gain access to a well-guarded Viking stronghold. He would have to be made of iron, though, not to be stirred by the warmly sensual woman beneath her ice-cold shield.
Liddy has been made to feel ugly and insignificant because of her facial birthmark. Surely her captor couldn't physically desire her? But, oh, how the stifled, passionate Liddy yearns to experience unrestrained love in his arms…
Posted by Michelle Styles at 9:17 am No comments:

Email ThisBlogThis!Share to TwitterShare to FacebookShare to Pinterest
Labels: sold to the viking warrior, Viking 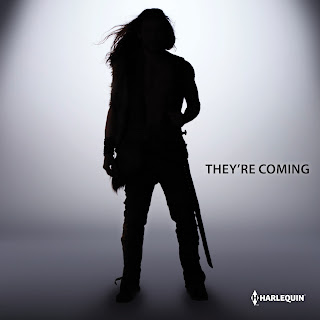 How to fix a leak in a plastic oil tank

Yesterday I discovered a leak in the oil tank (newly refilled).  Apparently this happens more often than you'd like to think. The oil tank is a little over 10 years old so out of warranty.
The man who could potentially fix it was out on another call. Oil was spreading and so I decided to do it myself as I had located the source of the leak.
My first attempt with plastic mastic was unsuccessful.
Then I remember my father fixing leaking oil in a car with a bar of soap. It was a traumatic journey from Colorado to California with stopping every few hours to re-soap the hole. Once we stopped at a fast food place and my father saw fresh oil but it wasn't our car -- rather the one next to us. My father held out the bits of soap which the owner gratefully used. For many years, I kept soap in the car just in case... But would it work on the oil tank?
So I tried that. I rubbed a bar of soap along the leak. Immediately it slowed, so I kept on rubbing it.
Once the leak had stopped, I covered the entire area with plastic mastic as there was no duct tape to hand. This time the mastic stuck.
I then went on the internet -- someone who does oil tanks in Kent put up a notice -- if you have an oil leak on a plastic tank -- first get your bar of soap. He reckoned that the bar needed to be wet but I found it worked fine dry (Pears Soap in case anyone wants to know). He said after stemming the leak with soap to cover with duct tape. I have used plastic mastic but it should be fine.
After 18 hours, it is all still holding. Fingers crossed. However I do have the bar of soap at the ready.
The current plan is use up the oil and then get a new oil tank.


Posted by Michelle Styles at 11:05 am No comments:

For the first time ever, Harlequin has compiled a list of the best of the best from last year.
TAMING HIS VIKING WOMAN made it into the Best Women on Top list as number 4.
I am very thrilled as it is a big honour, considering how many books Harlequin publishes a year.
You can see the full lists here.
Posted by Michelle Styles at 7:45 am 1 comment:

Email ThisBlogThis!Share to TwitterShare to FacebookShare to Pinterest
Labels: best of the best, powerful women, Taming His Viking Woman 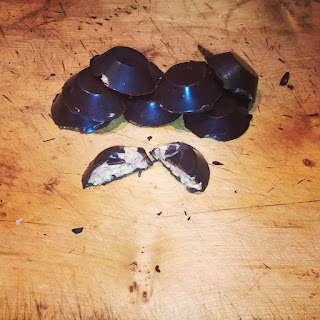 I discovered these the other day and they are very simple to make.
This is my version
I used a silicon canape tray for the mould. You could use little muffin cases. Whatever you use, you want it small and easy to remove.
Put the silicon tray into freeze. Melt 200 grams of 85% dark chocolate. Take tray out of freezer and coat the bottom and sides of each mould with chocolate. Put tray back in freezer for a few minutes. You will now have a tray of chocolate cups. Take out and put a teaspoon of no added sugar peanut butter in each chocolate cup (you could make your own  -- grind unsalted peanuts with a little oil and a pinch of salt until smooth or use any nut butter – I had organic peanut butter to hand). Smooth the tops so it sits slightly below the chocolate. Spoon chocolate over the top of the peanut butter to seal. Place back in the freezer for about 10 minutes.
Remove from tray.  Store in the fridge.
Because it is dark chocolate and no added sugar peanut butter, they are actually somewhat healthy.


Makes about a dozen.
Posted by Michelle Styles at 7:00 pm No comments: